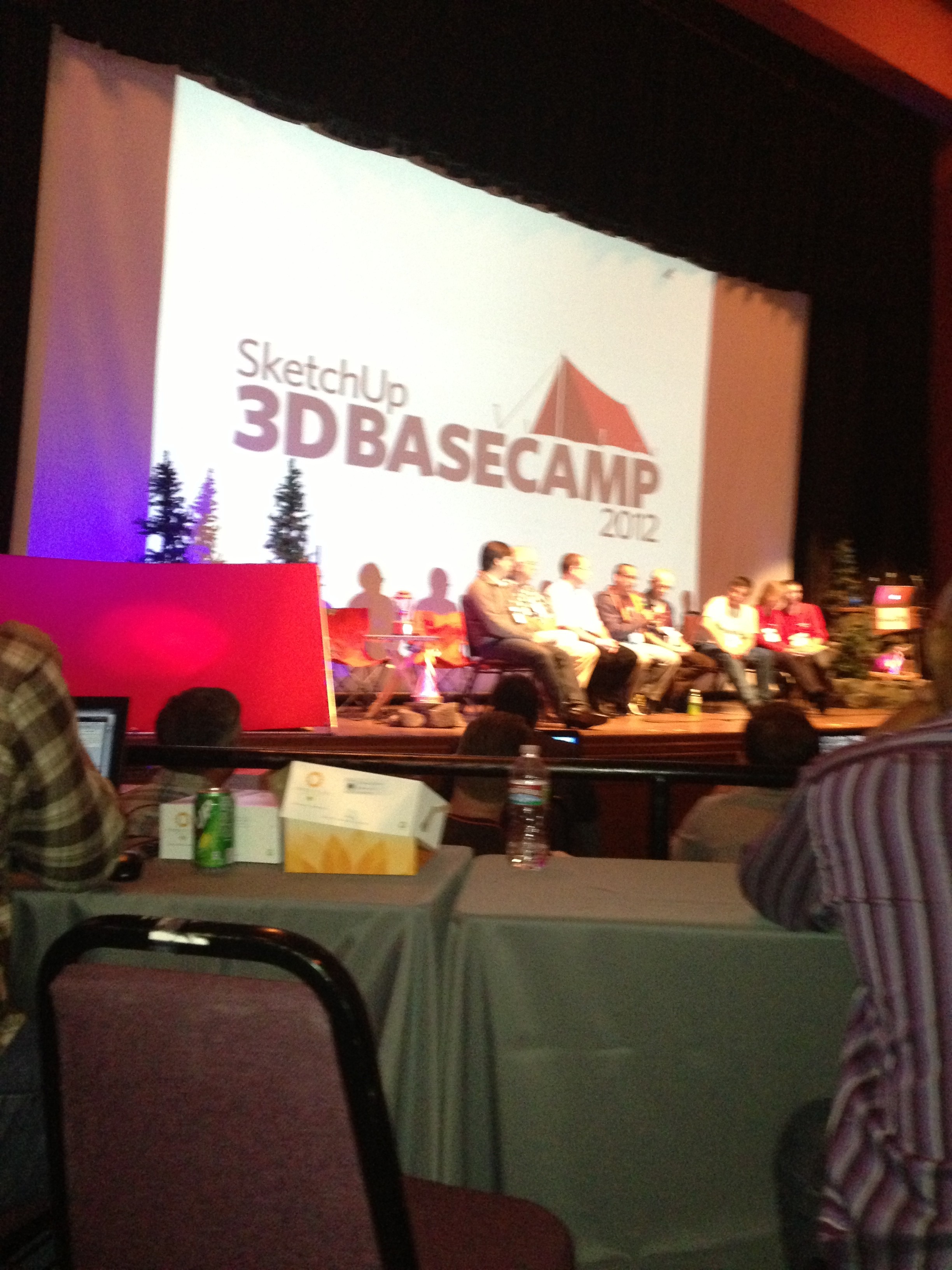 Day 1 ended with SketchUp hosting a great party at the Absinthe House in Boulder. The highlight of the party was definitely SketchUp Pictionary (I forgot to take pictures since we were all too busy playing!) Two people challenged each other to draw an item in SketchUp and the audience guessed. Best 2 out of 3 won. I won with my words being “Steam engine” and “Steeple.”

On Day 2 we were invited to present in an Augmented Reality session and demonstrated our mobile app, SightSpace 3D, with a viewer and Augmented Reality. We were pleased to introduce so many people to Augmented Reality in SketchUp. Later that afternoon we also presented an unconference, Cloud 101, to cover everything from “What is the cloud?” to “How to use the cloud.”

On Day 3, developers went to an Advanced Ruby Conference while designers participated in a Design Charette to design an interactive classroom for an educational charity.

Aidan Chopra of SketchUp closed out the day by saying there will be a Basecamp next year! We are looking forward to it!